In this issue Free Webcast: The Power of Machine Learning and Graphs - March 1, 2017

Graphs and Machine Learning have long been a focus for Franz Inc. and currently we are collaborating with a number of companies to deliver the ability to understand possible future events based on a company's internal as well as externally available data. By combining machine learning, semantic technologies, big data, graph databases and dynamic visualizations we will discuss the core components of a Cognitive Computing platform.

Join us 10:00 AM Pacific to learn more. For registration information, see here

This is an API for AllegroGraph. It provides an interface to perform actions such as creating repositories, evaluating SPARQL queries, and handling the AllegroGraph server.

Release 6.1.5 is a maintenance release which fixes bugs, and has new improvements and optimizations.


Please see the release notes for a description of the changes.

Cognitive Computing Platforms are a growing phenomenon that have been shown to add significant value to the Enterprise. IBM's Watson is just one of the more well known examples. The power of these platforms is that you not only base your enterprise decisions on what is in your structured enterprise data warehouse, but you also mine the unstructured data. In addition, the platform combines proprietary and public knowledge in the form of vocabularies, taxonomies, ontologies, and linked open data with a powerful layer of machine learning technologies. The resulting analytics are pushed back into the core knowledge corpus resulting in a learning system that continually tunes desired metrics...

Knowledge creation via Cognitive Probability Graphs stems from the capability to combine the probability space (statistical inference on patient data) with a knowledge base of comprehensive industry terminology systems. Cognitive Probability Graphs are remarkable not just because of the possibilities they engender, but also because of their practicality. The confluence of knowledge via machine learning, semantics, visual querying, graph databases, and big data not only displays links between objects, but also quantifies the probability of their occurrence. We believe this approach will be transformative across numerous business verticals...

Enabling the Data Lake for scalable and extensible analytics with the ultimate goal of developing a learning system is rapidly taking shape for the Enterprise. Until recently big data was focused on processing massive amounts of simple, flat data. But now, there is a requirement to fuse complex data to create more intelligent analytic frameworks to achieve better business decisions. Adding advanced analytics to a Data Lake to create a scalable knowledge-based analytics platform for pattern recognition, classification, predictive modeling, and simulations is rapidly developing with use cases in Fraud Detection, Healthcare, E-commerce, Intelligence, and more...

TechCrunch article - Putting data back into the hands of owners

In healthcare there is a growing desire for patients to own their medical records. Interestingly, this desire is not coming from patients, it's based on the view from medical practitioners that patient care and quality of life is directly influenced by the ability of patients to access and utilize their data. This view is core to the Precision Medicine Initiative, a White House program for personalizing healthcare treatment for individuals and groups that have historically been underrepresented. Its mission statement points out that "Success will require that health data is portable, that it can be easily shared between providers, researchers, and most importantly, patients and research participants"...

Linkurious is an Enterprise class tool for visualizing graph data. Linkurious is a partner of the International Investigative Journalist Consortium (ICIJ) since the Swiss Leaks scandal. ICIJ network of 370 journalists is using Linkurious to investigate the Panama Papers. Integration with AllegroGraph is currently underway. The following images are of Linkurious screenshots displaying graph data stored in AllegroGraph. (Click the images to enlarge) 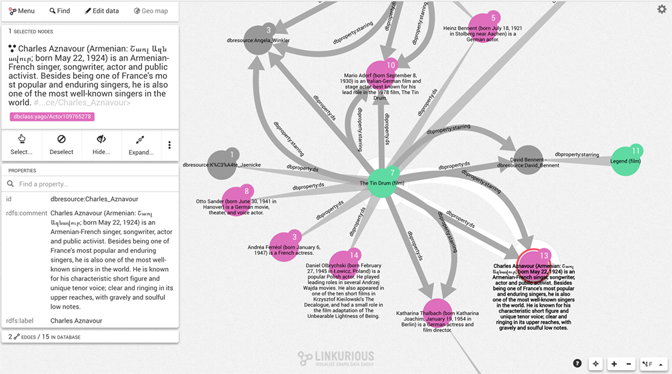 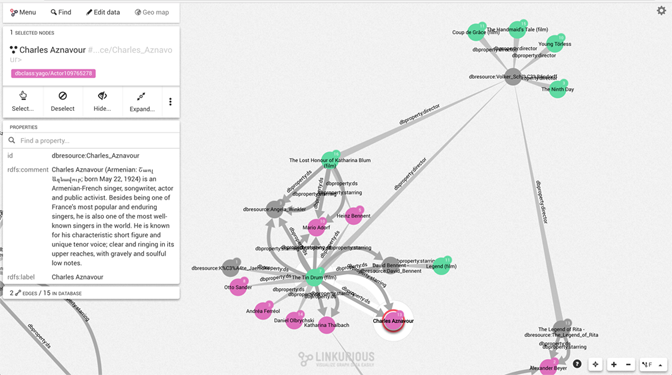 
Please add me to your newsletter mailing list.   We promise never to sell or divulge your email address to anyone. We will only occasionally send you information relevant to our products (about once a month).

Click here to unsubscribe. Send the email message that opens.